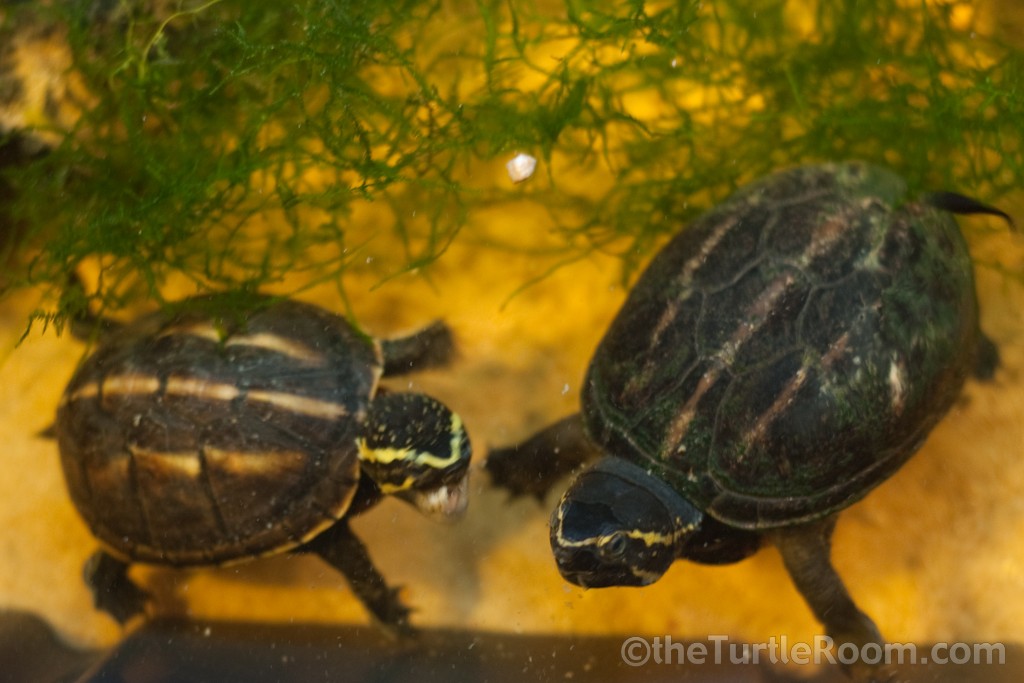 Mud turtles are omnivorous, and they feed on anything smaller than themselves. They prefer shallow freshwater habitats and hibernate. They can also survive on land. Read on to learn more about their diet and habits. You’ll soon understand why they prefer shallow habitats. They also prefer food that sinks to the bottom.

Eastern mud turtles live in shallow bodies of water, though they can tolerate brackish waters. They are sometimes found in salt marshes. These turtles lay two to five eggs per clutch in the summer, which hatch in the fall. Their eggs are hard-shelled and do not absorb water like most turtle eggs. Hatchling mud turtles are often confused with snapping turtles, which have a small plastron and long tail.

Mud turtles do not like to be handled, and they secrete a foul-smelling musk if they are stressed. However, tong-feeding is an excellent way to bond with a mud turtle. Although these creatures are not a good choice for children, older children can handle them safely and provide adequate nutrition.

They eat anything smaller than themselves

Mud turtles are small semi-aquatic turtles that spend most of their time in the mud on the bottom of stagnant bodies of water. They have large heads and can ambush prey with their jaws. They have a musky smell, which they use to protect themselves from predators. During the winter, mud turtles will dig into the mud to hibernate.

Mud turtles do not require a specific container when feeding them, but they do need an appropriate amount of food. The best way to determine how much food your turtle should eat is to calculate the amount of food it will need to fill up its head. This way, the amount of food will not be affected by a small variation.

Mud turtles are semi-aquatic turtles that can be found in shallow ponds and swamps in North and South America. The turtles are omnivorous and feed on aquatic insects, snails, and crustaceans. They prefer areas with slow-moving water. They are best seen during late May through mid-July.

Eastern mud turtles typically mate from mid-March to mid-May. They reproduce sexually and are oviparous, with a 100-day incubation period. Females dig their own nests, usually near the water’s edge, with their forefeet. Nests are approximately 7.5 to 13 cm deep.

The diet of a mud turtle includes a variety of aquatic and terrestrial animals. They also feed on mollusks and insects. Mud turtles spend the winter months hibernating underground. They are usually found in small bodies of water. They are part terrestrial and part aquatic, with a preference for muddy bottoms.

The diet of a mud turtle varies from species to species. They usually consume plant matter and invertebrates. Some species, such as the Sonora mud turtle, may eat carrion, while others are completely vegetarian.

They prefer a waterland tub

Mud turtles spend most of their time on land, so their enclosure needs to offer plenty of land space, muddy soil for burrowing, and an area for the female turtle to lay her eggs. The water depth should be shallow enough for the turtle to stand and crawl, or deep enough to accommodate underwater structures.

To prevent the turtle from climbing out of the enclosure, they should be provided with some places to hide. Avoid placing concrete blocks, rock caves, or log snags inside the enclosure as these can become a trap for the turtle. If your turtle is young, it may fit in these holes, but it will grow larger over time.

The most common type of turtle housing is a glass aquarium. This type is easier to clean and allows the owner to see the turtle from all sides. However, plastic containers can be used for temporary housing or feeding tanks. The problem with these plastic enclosures is that they can easily melt or catch fire when heated. If you have a warm room, you may consider setting up an indoor pond instead.

When selecting a tank, make sure to choose a tank that has UVB lighting. Mud turtles are not as friendly as other turtles and may bite if they get scared or nervous. In addition, mud turtles can carry salmonella, so they’re not ideal pets for young children. However, older children can take the necessary precautions to keep the turtles healthy. A heat lamp or basking area is also necessary for mud turtles to keep warm.

They have a long lifespan in captivity

Mud turtles are a great choice for beginners, as they are easy to care for and have a relatively long lifespan. This semi-aquatic reptile has a relatively flat shell and large head. It also has fleshy barbels under its chin and webbed feet. They are brown or black in color with a lighter plastron. Mud turtles live up to 50 years in captivity with proper care.

Their life expectancy depends on several factors. The temperature of their habitat affects their lifespan, as they are ectotherms. Keeping mud turtles in a temperature controlled environment helps extend their lives.