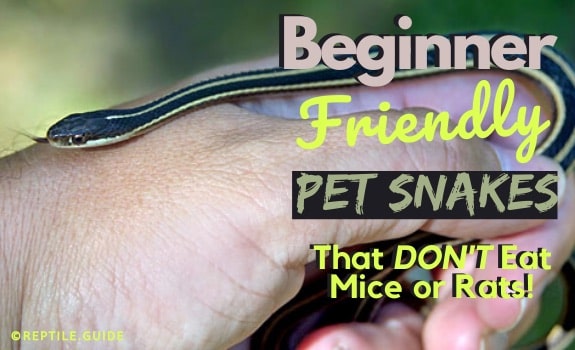 Whether you’re a first-time snake owner or a seasoned veteran, there are some things you should know before feeding live mice to snakes. In addition to the obvious safety concerns, there are a variety of other health and hygiene issues to consider.

Several states have reported a cluster of salmonella infections linked to pet reptiles. The disease is usually caused by Salmonella, an infectious bacterium that can be found in the guts of many animals. It can cause vomiting, diarrhea, and abdominal pain. People who get the infection will usually feel ill for several days. Some of them will even require hospitalization.

Salmonella can be found in feces, on aquarium water, and on surfaces around animals. Animals that carry Salmonella include reptiles and amphibians. They can also spread the bacteria on their skin or feces.

Salmonella can be found in pet treats as well. These treats can be contaminated with rodents used in reptile feeding, beef hooves, and pig ears.

Several different types of hantaviruses have been identified in North America. The deer mouse is the main carrier of the disease. This infection has no known vaccine or cure, but the symptoms are very serious.

Hantavirus can be inhaled or swallowed. It spreads through the air or rodent droppings. It can cause a serious respiratory disease called hantavirus pulmonary syndrome. The disease is rare. The symptoms include nausea, fever, vomiting, diarrhea, muscle pain, and respiratory distress. Some people develop a severe form of the disease called hemorrhagic fever with renal syndrome (HFRS).

The most common way to become infected is by breathing in the dust contaminated with hantavirus. If you live in an area with an active rodent infestation, you are at risk. If you are planning to be outdoors in an infested area, you should check for rodent droppings and burrows. You should also wear disposable protective clothing to avoid catching the virus.

Symptoms of leptospirosis in dogs may include fever, vomiting, diarrhea, jaundice and other uncomfortable symptoms. These can be signs of infection that should be treated immediately. If not treated, it can lead to kidney failure and liver failure.

Leptospirosis is most common in dogs that drink water or soil that is contaminated with urine from infected animals. The bacteria can survive for weeks in the soil and water.

Despite the fact that rats and mice are a natural part of our environment, they are a serious health hazard. They carry zoonotic parasites and pathogens that can cause diseases and sickness in both humans and pets. Fortunately, these rodents can be prevented from spreading disease through proper care and maintenance.

The first way to prevent rodent infestation is to keep rats and mice out of your home. They chew on walls, panels, and wood. They also carry pathogens such as Salmonella and Leptospirosis. These bacteria are passed out in urine, and can be spread through the feces of infected mice.

There are many species of rodents that carry hantaviruses. Some of these viruses show flu-like symptoms. These diseases are typically passed to people through contact with infected mice, but can also be transmitted through contaminated food or water. Fortunately, a vaccine can prevent infection.

Using live mice to feed your snake is not always the best idea. Snakes are not used to eating rodents and some can turn on you if they get too close. Live rodents can also carry harmful parasites and disease.

You may also want to consider using a hide box, to make sure your snake stays hidden from predators. It may also help to keep your snake in an enclosure with a smaller space, so that they can easily eat.