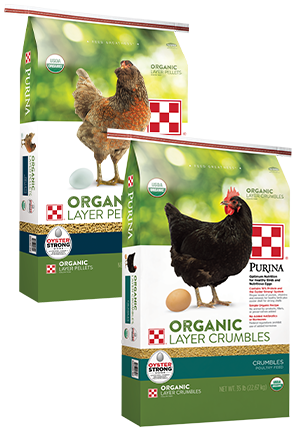 What is the best type of omega 3 chicken feed? Using a high quality mix of fish meal, flaxseed, and canola oil is the best way to give your flock a healthy diet. Here are some other options:

There are several reasons why you should add flaxseed to your chicken’s feed. First of all, they are an excellent source of omega-3 fatty acids. Flaxseed is rich in alpha-linolenic acid, which is a type of omega-3 fatty acid. Flaxseed contains 9% saturated fat, 18% monounsaturated fat, and 73% polyunsaturated fat. In addition, flaxseed is low in calories and is a great source of fiber. This makes it a healthy addition to the diet of your laying hens. It is also a good source of calcium and magnesium.

It was found that laying hens who were fed flaxseed in their diet produced higher amounts of omega-3 fatty acids in their eggs. In fact, some studies have shown that eggs enriched with omega-3 fatty acids have better nutritional value than those without it. These benefits have been associated with the reduced risk of cardiovascular disease and cancer, which makes omega-3-enriched eggs a healthy choice. This is because flaxseed helps change the ratio of Omega-6 to omega-3 in your hen’s eggs.

Providing your flock with enough protein is essential for the health of your poultry, and the availability of high quality proteins is essential for achieving the desired carcass weights. Chickens’ amino acid compositions play an important role in growth and development, as well as egg production and adaptation to the environment. Fish meal for chickens contains amino acids such as lysine, which improves carcass quality. Threonine has a metabolic role, regulating GI secretions and preventing digestive disorders.

Commercial fishmeal is produced by grinding, cooking, and processing fish. The result is a powdery substance that is not easily stable when used as an animal feed supplement. To combat this problem, fishmeal is stabilized with an antioxidant. Ethoxyquin is the most common antioxidant used in the production of commercial fishmeal, but it is not approved for organic poultry feed. For that reason, fishmeal is usually limited to five to ten percent of a poultry diet.

In addition to its role in human nutrition, canola oil is a great source of omega 3 fatty acids. A recent study in poultry found that chickens that were given diets containing canola oil gained more weight than those given control diets. The study also found that the dietary lysine content increased and tended to be associated with increased feed intake. Nevertheless, the effects of canola oil and lysine on performance and meat quality were not significant. The dietary lysine content of chickens fed canola oil and lysine diets was greater than those of the control group.

Canola oil contains approximately eighteen percent oil and the remaining seed flakes are broken down by a chemical called hexane. This chemical is then removed from canola meal by heating it at between 95 and 115°C. Various methods are used to refine the extracted oil. It is then converted into margarine or shortening. This process does not contain glucosinolates, which are known to cause a range of adverse reactions in livestock.

One method of supplying poultry with an increased amount of omega-3 fatty acids is through the use of marine-based microalgae. These microalgae contain high concentrations of n-3 fatty acids, including DHA. As microalgae are at the bottom of the food chain, they provide a direct source of n-3 fatty acids, such as DHA. This type of fatty acid is important in the structure and function of the membranes in the body and is particularly important for the health of the eyes and the brain.

The nutritional value of algae varies by species, cell structure, bioactive components, and culture conditions. Algae are rich in protein, carbohydrates, and lipids, and selected microalgae species are comparable to conventional feed ingredients in terms of amino acids and fatty acid profiles. Unlike traditional feed ingredients, algae contain no cholesterol or other contaminants. In addition to being high in Omega-3 fatty acids, these algae contain other vitamins and minerals.

Seaweed, also known as kelp, is an important part of Omega 3 chicken feed. Seaweed has numerous health benefits for chickens. The addition of seaweed to your flock’s diet will improve their immune system, GI tract, and overall health. All these benefits combine to produce richer and more nutritious eggs. The seaweed contains many important nutrients that are beneficial to chickens, including vitamins A, D, E, and K.

It also helps the poultry develop an immune system and provide vitamins and minerals. These nutrients are crucial for good poultry health. Seaweed is also a great source of prebiotics, which help to grow healthy bacteria in the poultry’s digestive system. These beneficial microbes help your flock fight disease. In addition, seaweed is good for the environment. So, it’s important to keep poultry healthy so they will produce eggs that are full of omega-3s.